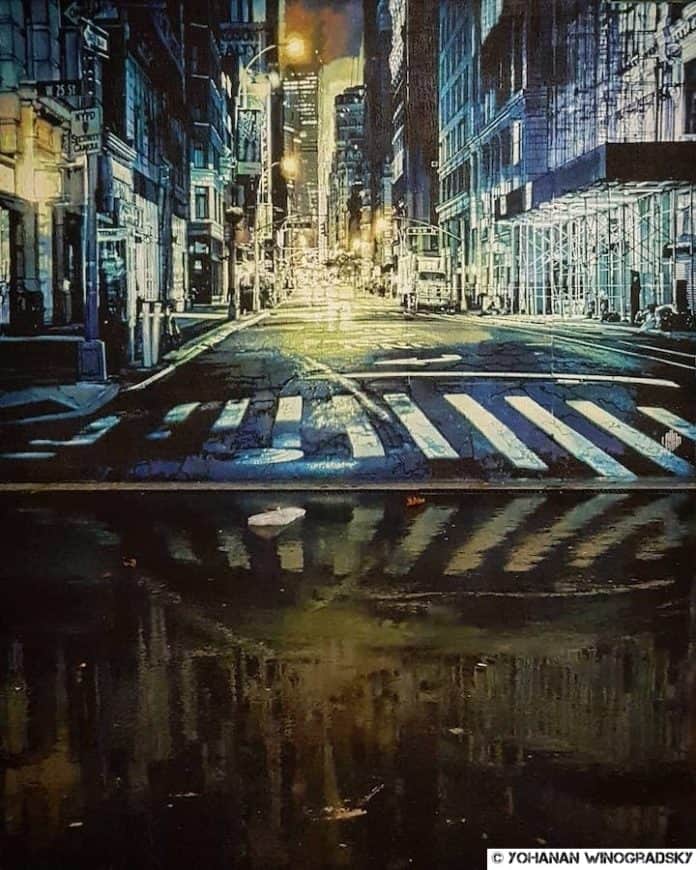 The grey wall bathed in the morning white light, shy and unnoticed. Streams of passengers ignored its palish look and mood. Rather they poured by it with endless complaints about their troubled lives, unanswered hopes, and loneliness of hearts. The wall grew bitter, suffocating as the silent witness it was, drowning in the open air.

Later in the day, a passerby stopped in front of it. She looked around to make sure no one was there to see her. Shivering, she fell hands first on its surface and started crying. In a secret mumble, she told the bricks and old paint her blue sorrow. Two minutes of cold support, and she was gone. The wall was shaken in its core, saddened by the impossibility to voice comfort.

Dusk came with yellow stars and variations of deep dark skies. Mute and inspired, the wall gathered everything it had heard and seen and felt. And for each of its memories, a whisper in its concrete consciousness revealed on its canvas a dot of nuance in the light, color, and shadow of events. And altogether they drew a glimpse into the soul of the city.

Night streets and empty hours were haunted by the invisible spooks captured in the picture. Winds rushed their howl into the unknown realm of sleeping thoughts. Unease rest and ghostly visits for all who in the awake time wailed. But soon gloom and rain before dawn washed away the painting.

In the white light of the new morning bathed the grey wall, unaware of yesterday’s reflections.